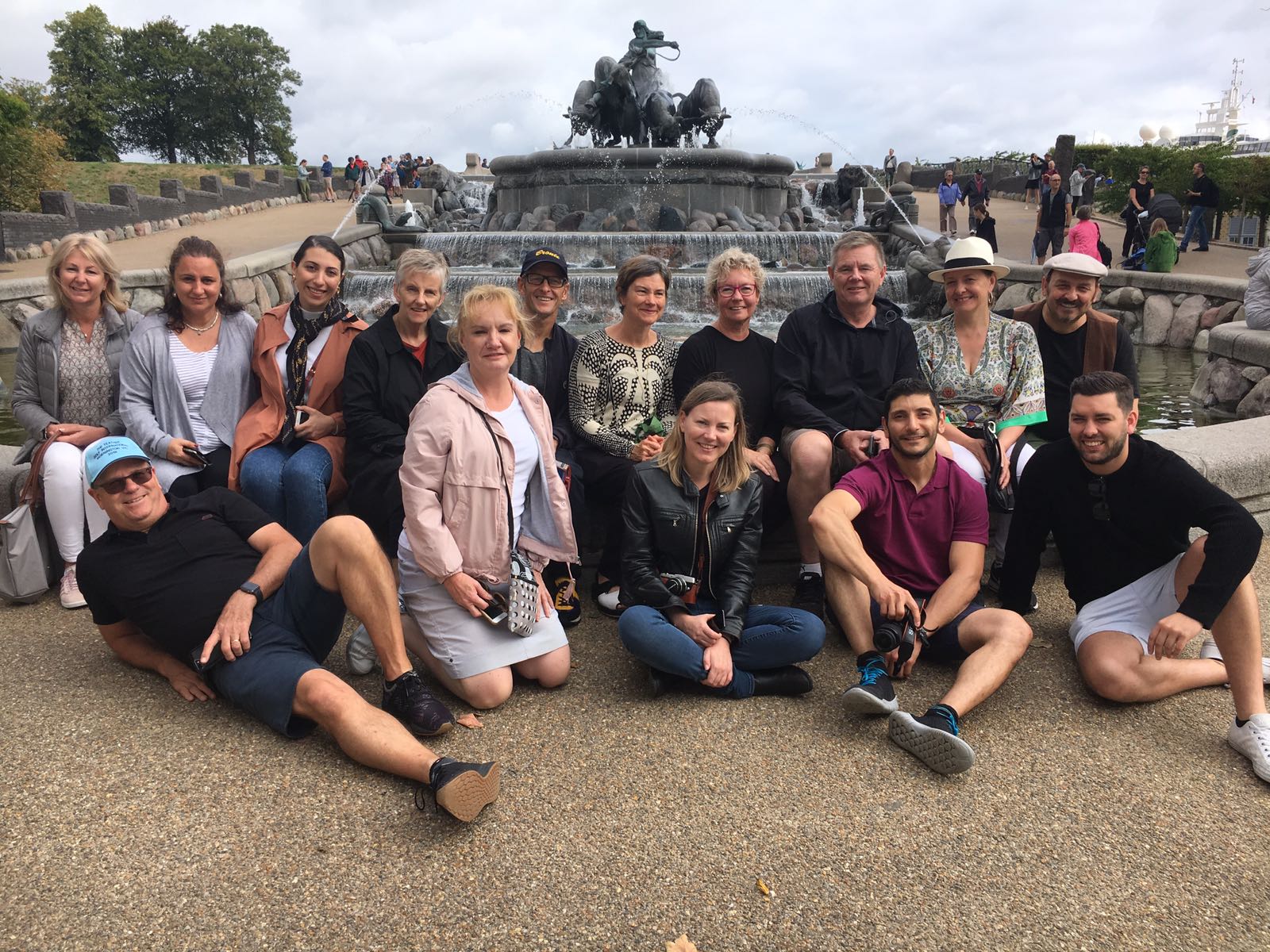 This August, Impact Events was thrilled to join a group of 22 architects and building designers on the BDAV (Building Designers Association of Victoria) Study Tour of Sweden, Finland and Denmark.

The Nordic countries are a real delight to lovers of design and nature alike so the destination couldn’t have been more suited to this group of architecture aficionados.

Known for convenience and style (iconic local companies including IKEA, Nokia, Skype, Spotify and Marimekko spring to mind) and its rich history, the Nordic region proved to be a delightful part of the world to uncover.

We started in Stockholm, Sweden…

The tour began with four nights in the Swedish capital city of Stockholm, where the group toured through the old town of Gamla Stan, visited the world-famous Vasa Museum and Skansen Park and took a trip out to the Swedish countryside.

Stockholm is made up of 14 islands, connected by 57 bridges. And unlike other major metropolitan waterways, Stockholm’s water is so clean that you can swim and fish in it – and even drink it!

Gamla Stan – the Old Town – is a definite must-see while in Stockholm. It’s the original area of Stockholm, founded in 1252, and one of Europe’s oldest and best-preserved medieval cities

The visit to the UNESCO world heritage listed ‘Drottningholm Palace’ was a fine example of European architecture from the 17th Century.

Then we headed to Helsinki, Finland…

After four nights in Stockholm we travelled by ferry through the Stockholm Archipelago to Helsinki. The perfect weather allowed the group to sit out on the deck as we travelled through the cluster of 30,000 islands, skerries and rocks while enjoying a glass of wine.

The arrival into Finland marked what was to be a busy few days taking in architecture, particularly the work of Alvar Aalto.

Our two nights in Helsinki were followed by a night in Tampere and two nights in the Finnish lake district at Jyvaskyla. Each destination was the site of some of Alvar Aalto’s most famous works including Finlandia Hall, Aalto House, Alvar Studio and the Muuratsalo Experimental House.

The capital Helsinki was named World Design Capital in 2012 – and between architecture, fashion and furniture design, and a thriving contemporary art scene, it was easy to see why.

But Helsinki’s natural appeal proved to be just as stunning – a third of Helsinki is forest or park. In between the busy schedule a few members of the group even managed to squeeze in a game of golf set amidst the picturesque Finnish landscape.

And convened in Copenhagen, Denmark.

Dubbed the happiest country in the world (according to the UN) three times, our first-time (and returning) visitors to Denmark were thrilled to visit Copenhagen. We concluded our tour with four nights in the capital Copenhagen, where the group stayed in a heritage-listed 1780s building located on the beautiful waterfront.

Our visit to Copenhagen centered on discovering the architectural works of Jørn Utzon. Many will know Jørn Utzon as the architectural innovator behind the Sydney Opera House. Visiting his native Denmark, we were able to view some of Utzon’s other significant works including the Bagsvaerd Church, Paustain House and Fredensborg Houses.

The group also visited the three central palaces, enjoyed the canals on a boat tour, had lunch at the alternative sub-cultural town of Christiania and spent a day exploring the architectural district of Copenhagen – ‘Copenhagen S’. Here we were treated with access to the award-winning residential buildings VM Mountain and 8Tallet, designed by architect, Bjarke Ingels (BIG).

It was a Tour to Remember

This incredible Study Tour showcased the amazing architecture that can be found in Scandinavia. Beyond this, the trip forged new friendships, life-long memories and renewed enthusiasm after what was a fantastic two weeks abroad.  The countdown is on to the next BDAV Study Tour in May 2019 to South America. For more information on this, visit the event website at www.bdavsouthamerica.com.au